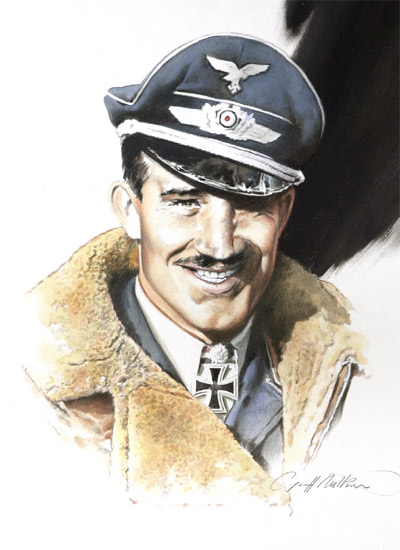 Perhaps the most famous of Germany's WW2 fighter aces, Adolf Galland joined the Luftwaffe in 1933 and served with the Condor Legion in Spain. He scored his first victory over France in 1940, and in June 1940 became commander of JG26. Operating over Britain from the Pas de Calais, by the end of the year he had reached 58 victories.

In November 1941, after his 94th victory he was promoted to General der Jagdflieger - overall commander of the Luftwaffe's fighter arm. He did not fly operationally again until March 1945, when he formed the elite JV44. By the end of the war Galland had a total of 103 victories.