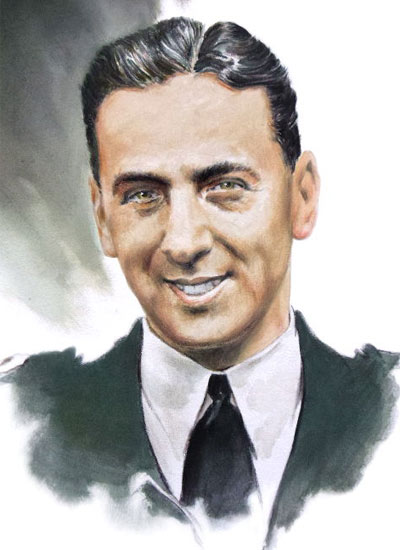 Captain Eric Melrose "Winkle" Brown, CBE, DSC, AFC, Hon FRAeS, RN served as a Royal Navy officer and test pilot from 1939 until 1970. In his long career he flew 487 different types of aircraft, more than anyone else in history.He performed 2,407 landings on aircraft carriers (a world record), and is the Fleet Air Arm's most decorated living pilot. He achieved several firsts in naval aviation, including the first landing on an aircraft carrier of a twin-engined aircraft, an aircraft with a tricycle undercarriage and a jet propelled aircraft.