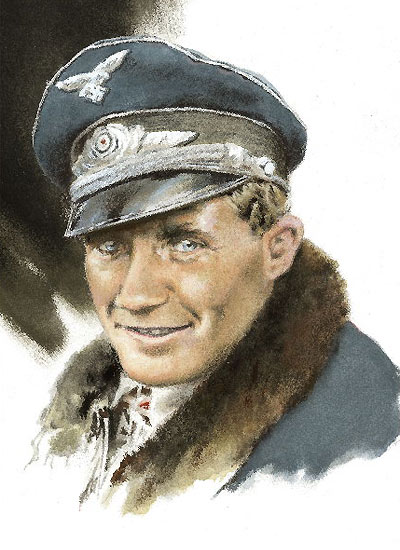 Franz von Werra joined the Luftwaffe in 1936. By the Battle of Britain he was adjutant to II/JG3 and a renowned playboy. By September he had nine victories, but on 5th he met his match. After crashing he was taken prisoner.

During his captivity in England he escaped on three separate occasions, only to be re-captured. He was then transferred to Canada where he escaped again and crossed into neutral America. He eventually returned to Germany in April 1941, a hero. In October 1941, his Me109 disappeared over the North Sea.

Franz von Werra's exploits were made famous in the 1950s by the feature film - "The One That Got Away".