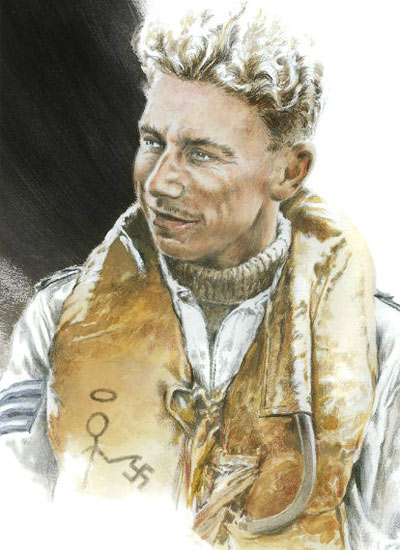 John Hugh Mortimer Ellis served with No.85 Squadron during the Battle of Britain. On the afternoon of Sunday 1st September 1940, he became engaged in combat with Luftwaffe fighters above Orpington, Kent. He was killed when his Hurricane was hit and crashed. He was listed as missing until his remains were recovered in 1993.