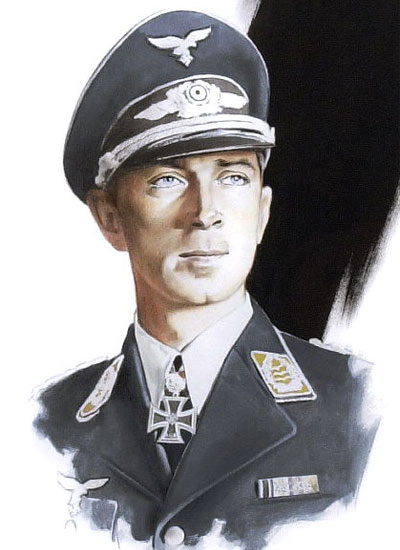 Werner Mölders joined the Luftwaffe in 1934, aged 21. During the Spanish Civil War he served with the Condor Legion, shooting down 15 aircraft. He later served in both the Battle of France and the Battle of Britain, shooting down a total of 53 aircraft. In June 1941, his unit JG 51 was transferred to the Eastern Front. By mid-July, he became the first pilot in history to claim 100 victories. He was then appointed Inspector General of Fighters and was instrumental in developing new fighter tactics. He was killed in a flying accident in November 1941.