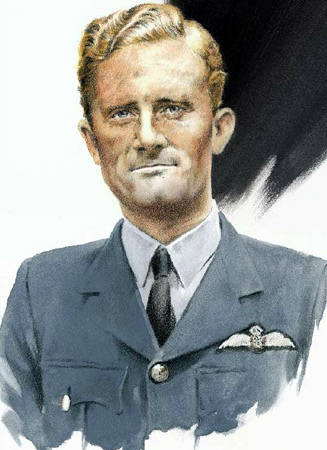 Cathcart Michael "Mike" Wight-Boycott joined the RAFVR in 1937 at the age of 27. In July 1941, he joined No.219 Squadron and in September 1942 became Officer Commanding No.29 Squadron, flying Bristol Beaufighter night fighters.

On the night of 17th/18th January 1943, Wight-Boycott shot down three German bombers and damaged two more. This feat won him the DSO and a great deal of press coverage.

In February 1943, Wight-Boycott joined Air Staff, No 81 Group, but in October he was given command of No.25 Squadron, flying Mosquitoes. During his time there he was responsible for the destruction of two V1 Flying Bombs. In September 1944, he joined Air Staff, HQ No 12 Group.

Wight-Boycott retired from the RAF in the 1960's with the rank of Air Commodore.