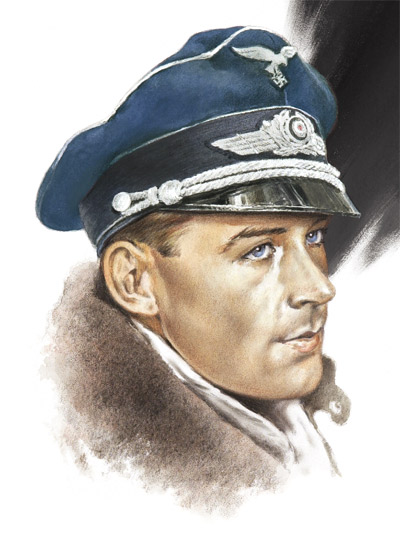 Unlike many of his colleagues, Lothar survived the war. He sadly died in 2005.

This print is also available signed by Staffelkapitän Lothar Sachs