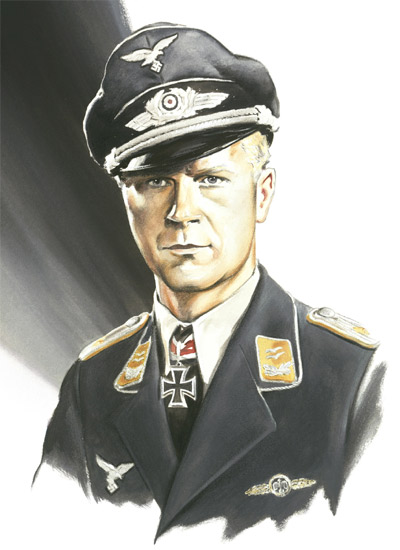 Hans-Ekkehard Bob joined the Luftwaffe in 1936. He flew Me109's with 3./JG 21 in Poland and France, the unit being re-designated 9./JG 54 in June 1940. During the Battle of Britain, 9./JG 54 was given a ground-attack role targeting shipping. By November 1940, Bob had achieved 19 kills and was awarded the Kitterkreuz.

Bob served in the Balkan campaign and the Russian campaign, reaching his 50th victory in September 1942. He went on to achieve a total of 60 victories (37 on the Russian front), and flew over 700 combat missions. At the end of the war he was flying Me262 jets with Adolf Galland's elite JV44.