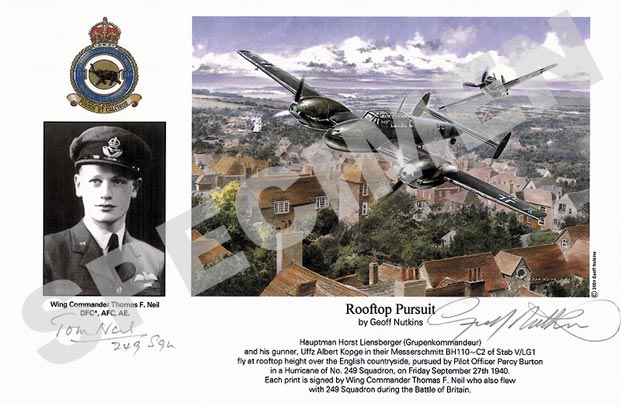 Hauptmann Horst Liensberger (Gruppenkommandeur) and his gunner, Uffz. Albert Kopge in their Messerschmitt BH110-C2 of Stab V/LG1 fly at rooftop height over the English countryside, pursued by Pilot Officer Percy Burton in a Hurricane of No.249 Squadron, on Friday September 27th 1940. Each print is signed by Wing Commander Thomas F.Neil who also flew with 249 Squadron during the Battle of Britain.