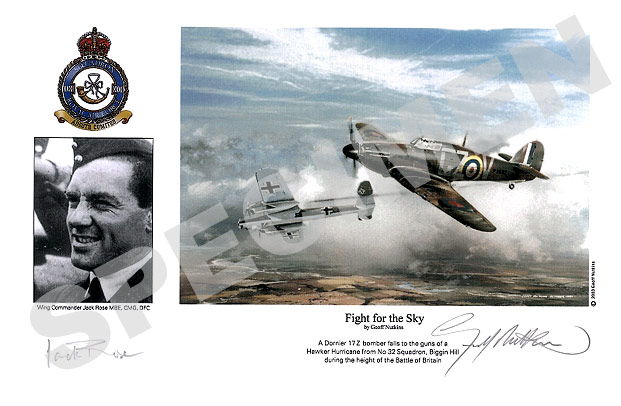 A Dornier 17Z falls to the guns of a Hawker Hurricane from No.32 Squadron, Biggin Hill during the height of the Battle of Britain.

Jack Rose joined the RAF in 1938. Flying Hurricanes with No.32 Squadron during the Battle for France, he shot down three enemy aircraft. During the Battle of Britain he flew with both No.32 and No.3 Squadrons. On 25th August 1940, he was himself shot down over the Channel, but managed to bale out without injury.