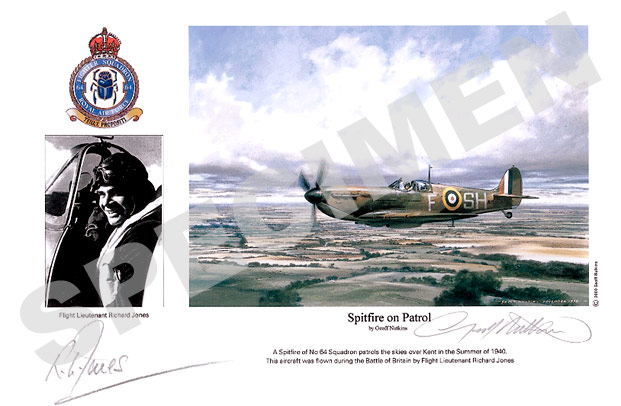 A Spitfire of No.64 Squadron patrols the skies over Kent in the Summer of 1940. This aircraft was flown during the Battle of Britain by Flight Lieutenant Richard Jones.