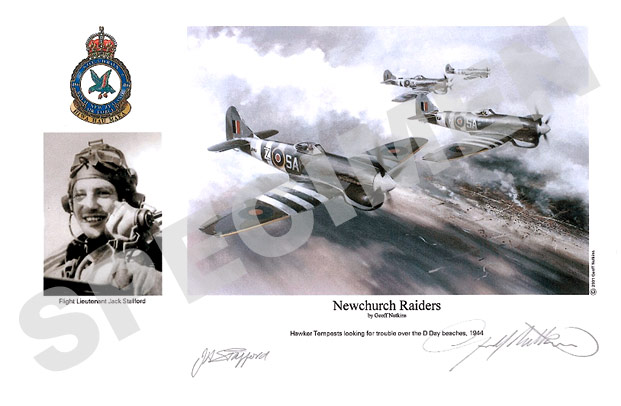 Flight Lieutenant Jack Stafford of No.486 (New Zealand) Squadron leads a patrol over the D-Day beaches.

John Harry "Jack" Stafford joined the RNZAF in 1942 at the age of 20. In November 1943, he was posted to No.486 (New Zealand) Squadron, flying ground-attack missions over France in Typhoons. In early 1944 the Squadron was re-equipped with Tempests and moved to Newchurch on the Romney Marshes, in support of the D-Day build-up.

From late June, No.486 was tasked with intercepting V1 Flying Bombs. In two months, Jack Stafford shot down eight over Southern England. He received his commission in July.