Wing Commander Thomas F. Neil, The First of Four on the Fifteenth 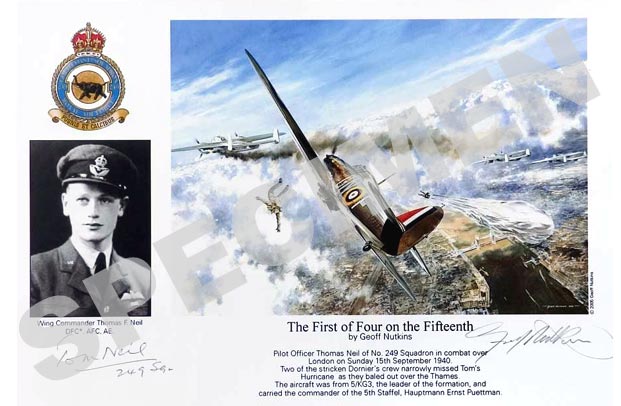 Pilot Officer Tom Neil of No.249 Squadron in combat over London on Sunday 15th September 1940. Two of the stricken Dornier's crew narrowly missed Tom's Hurricane as they baled out over the Thames. The aircraft was from 5/KG3, the leader of the formation, and carried the commander of the 5th Staffel, Hauptmann Ernst Puettman.