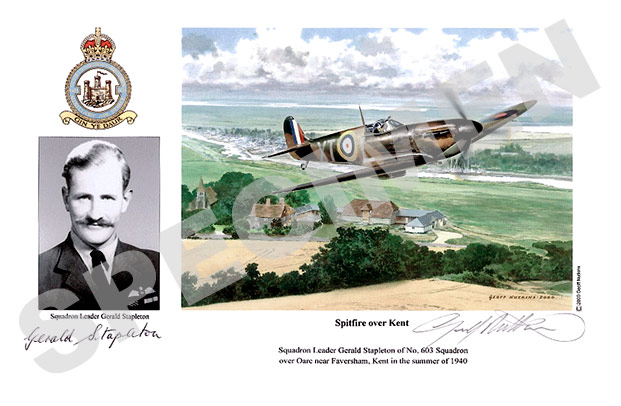 Squadron Leader Gerald Stapleton of No. 603 Squadron over Oare near Faversham, Kent in the summer of 1940.

Gerald "Stapme" Stapleton was born in Durban, South Africa. He joined the RAF in 1939 at the age of 19, and was posted to No.603 Squadron. Flying Spitfires, he went on to become one of the most successful RAF pilots of the Battle of Britain. Amongst his victims was Oberleutnant Franz von Werra.