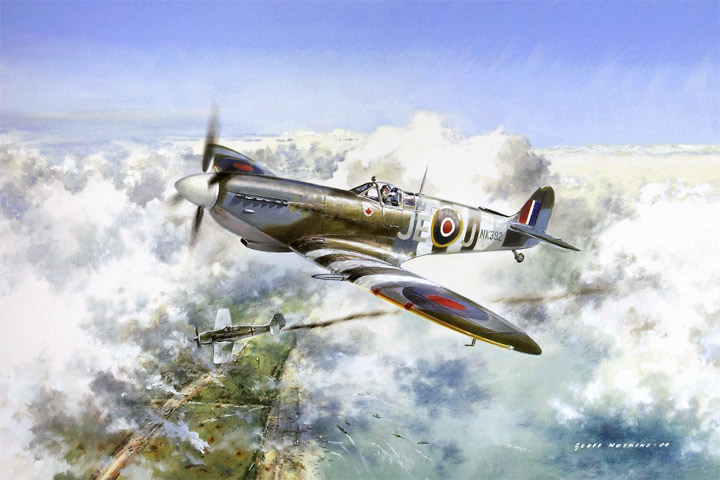 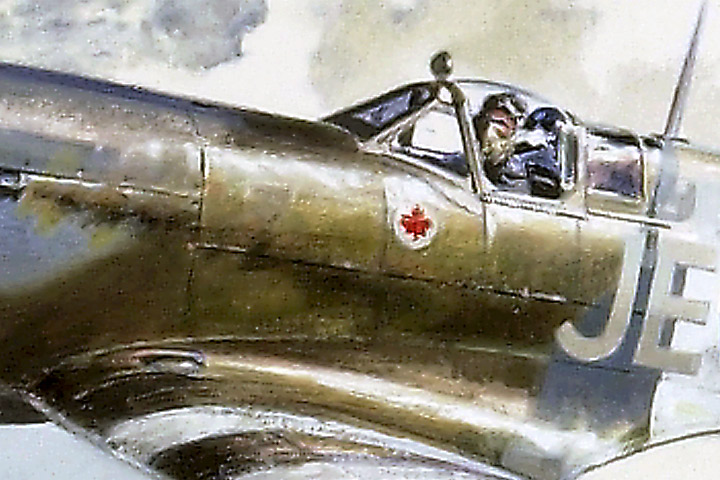 James Edgar "Johnnie" Johnson was the RAF's highest scoring fighter ace of World War II with a total of 38 kills - all single-engined fighters.

Born in 1915, Johnson was called up to the RAF in August 1939 and posted to No.616 Squadron in September 1940. His Battle of Britain flying career was short-lived, as a broken collar bone (an old un-healed rugby injury) put him in hospital. He returned to operational flying in early 1941, quickly proving himself an excellent pilot and formation leader. This led to rapid promotion.

In June 1942, Johnson took command of No.610 Squadron, and then in March 1943 the Canadian Wing at Kenley. During the summer of 1943, he claimed 14 kills. By June 1944, he was commander of 144 Wing, the first RAF unit to be based in France after the D-Day landings. During that month he scored another ten kills.

In August 1944, his Spitfire was hit for the first and only time, but he managed to return to base unhurt. His final victory was on 25th September 1944, and he ended the war having flown 515 sorties. By this time Johnson was one of the RAF's best known and mostly highly decorated pilots. He remained in the RAF until his retirement in 1964 as A.O.C. Middle East Forces. By that time he was an Air Vice-Marshal, CB, CBE, DSO and two Bars, DFC and Bar.