Thunder in the Sky 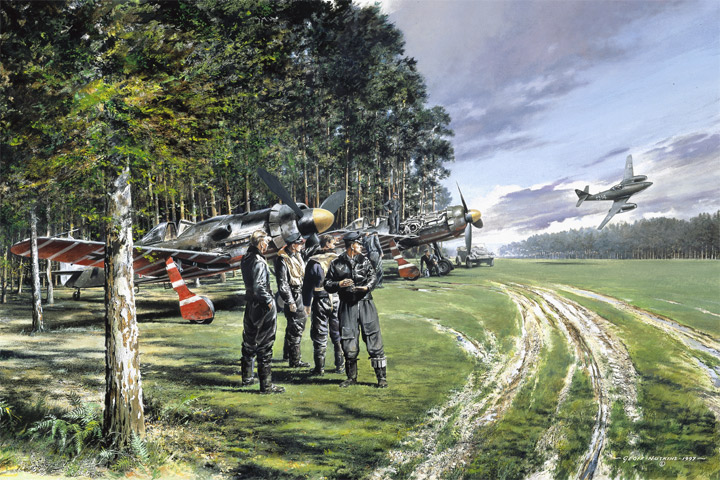 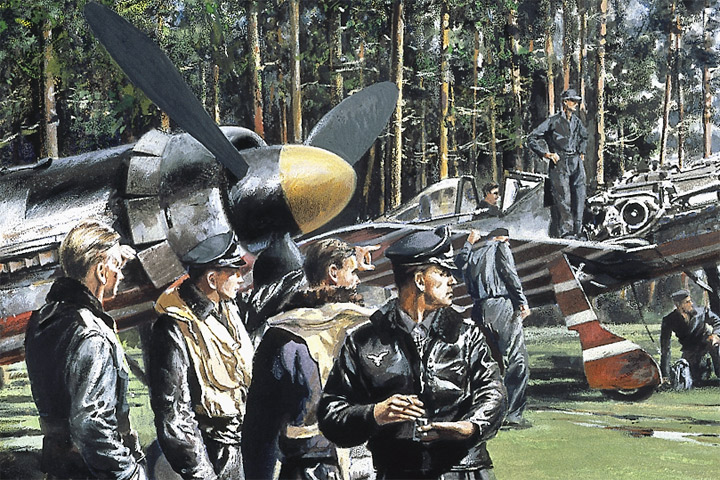 Ainring, Germany, 29th April 1945. Pilots of the "Sachsenberg Schwarm" gaze towards the skies as Unteroffizier Eduard Schallmoser of Jagdverband 44 passes overhead in his Messerschmitt 262A "White 14" en route to nearby Salzburg-Maxglan.

JV44 was an elite Luftwaffe fighter squadron formed in February 1945 under Adolf Galland. His pilots flew Me262 jets against Allied bombing raids. The Me262 was more than a match for any Allied fighter, but was extremely vulnerable during takeoff and landing. To counter this, Galland established his own airfield protection squadron, the Platzschutzstaffel, headed by Lieutenant Heinz Sachsenberg.

The Platzschutzstaffel flew long-nosed Doras - the Fw-190 D9, or Fw-190 D11. These aircraft were painted bright red on their underbelly with contrasting white stripes to ensure the anti-aircraft batteries surrounding JV44's bases could distinguish the Fw-190's from Allied aircraft. The Staffel was nicknamed "Die Würger-Staffel", a play on the common nickname for the FW 190 - Würger or Butcher Bird.