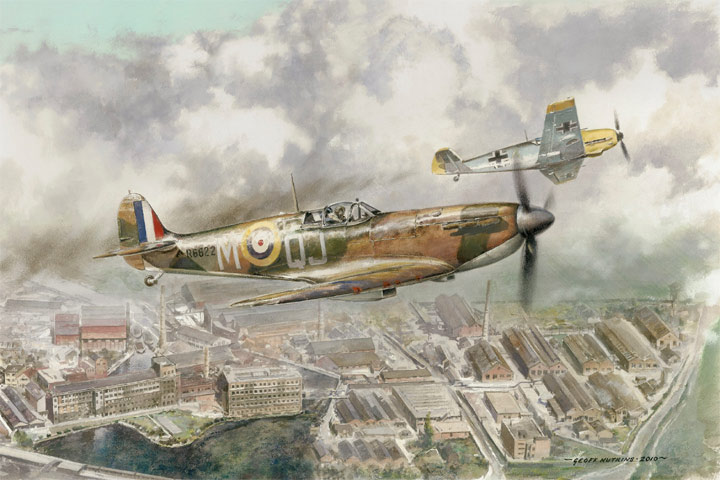 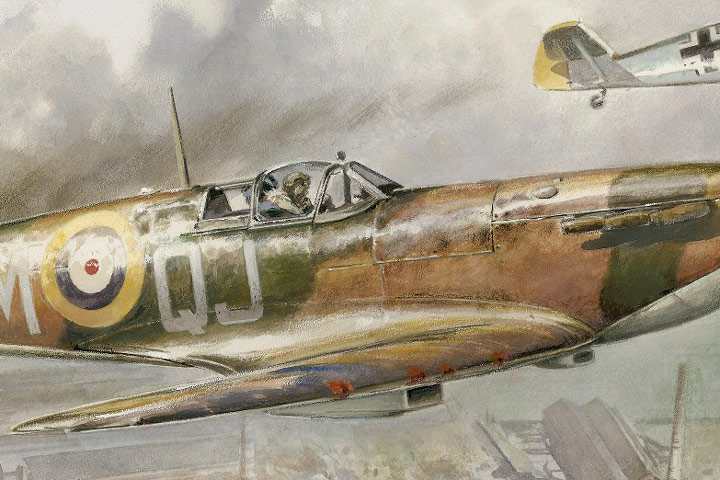 Sergeant Pilot Trevor Guest Oldfield of No. 92 Squadron in combat during the morning of 27th September 1940. Later that same day this young RAF pilot was shot down and killed at Hesketh Park, Dartford. Eyewitnesses recalled how the 21 year old pilot tried heroically to miss the houses as his Spitfire fell to earth.

Produced by the Shoreham Aircraft Museum in aid of the RAF Memorials Project and the 70th Anniversary of the Battle of Britain.

On either side of the caption are the logos of the Shoreham Aircraft Museum and the RAF Memorials Project.