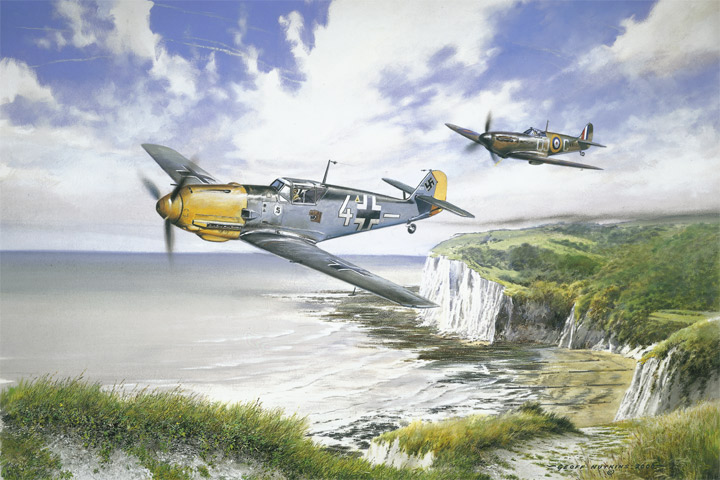 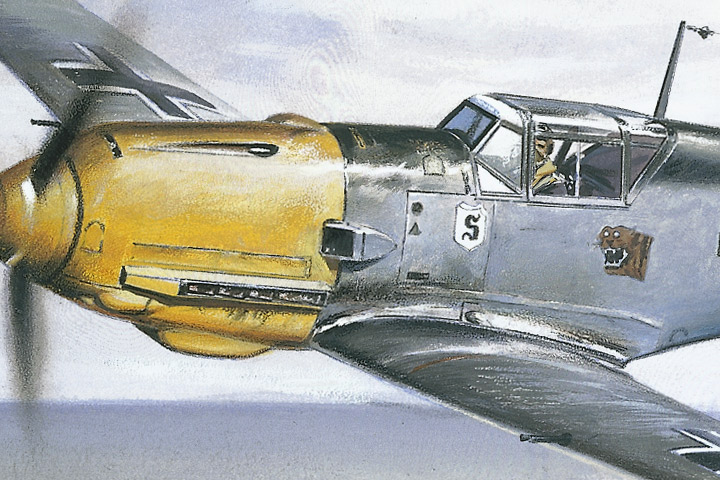 Sergeant Don Kingaby of No.92 Squadron closes in on Unteroffizier Horst Perez of 4/JG26 over the white cliffs of Southern England, 30th September 1940.

Unteroffizier Horst Perez's flight had been tasked to escort a formation of bombers as they crossed the Channel towards the Sussex coast at 16.00hrs. Having failed to locate them, the Me109's circled north of Eastbourne at 28,000ft. At this point they were intercepted by Spitfires from No.92 Squadron and broke for the coast.

In the ensuing dog-fight, Perez was bounced by Kingaby and his engine failed. He had no choice but to force land in a field at East Dean, where he was subsequently taken prisoner.

Perez's Messerschmitt survived the war intact, and is now on display at the Imperial War Museum, Duxford.