Height of the Battle 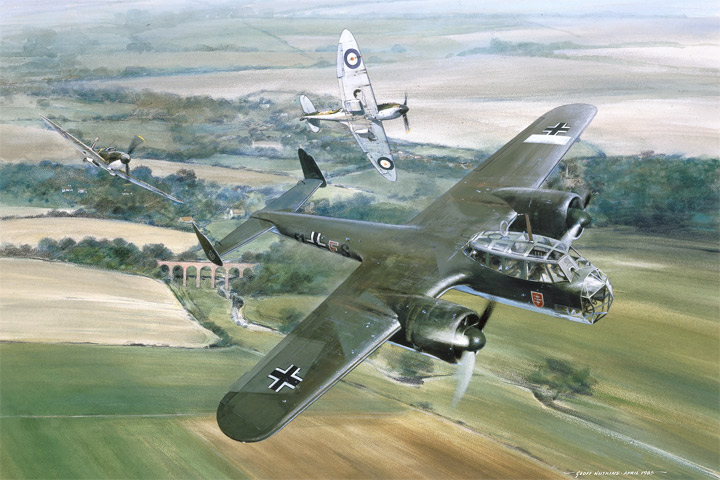 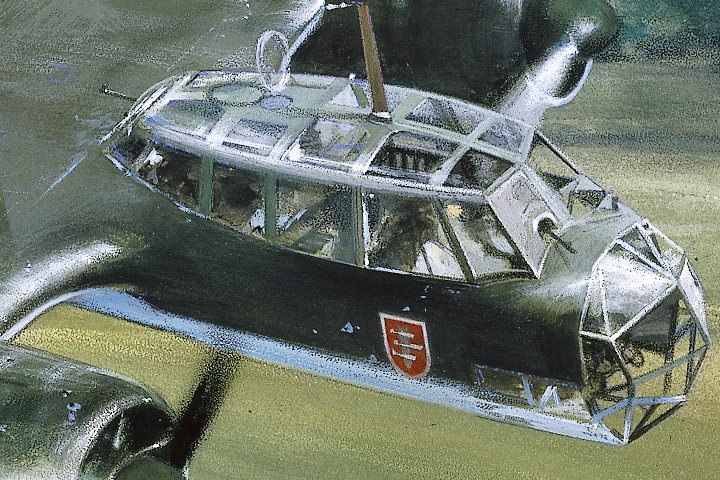 The Dornier made a forced landing on the brow of a hill above Castle Farm, Shoreham, as depicted in The Castle Farm Dornier (page includes a biography of "Red" Tobin).

Flight Lieutenant Dundas went on to shoot down the German ace Major Helmut Wick on 28th November 1940. Dundas was then immediately shot down and killed by Wick's wingman.

Pilot Officer Tobin was an American volunteer from Los Angeles. He saw service throughout the Battle of Britain, and was an early recruit to the first Eagle Squadron. He died during a fighter sweep over Boulogne on 7th September 1941.