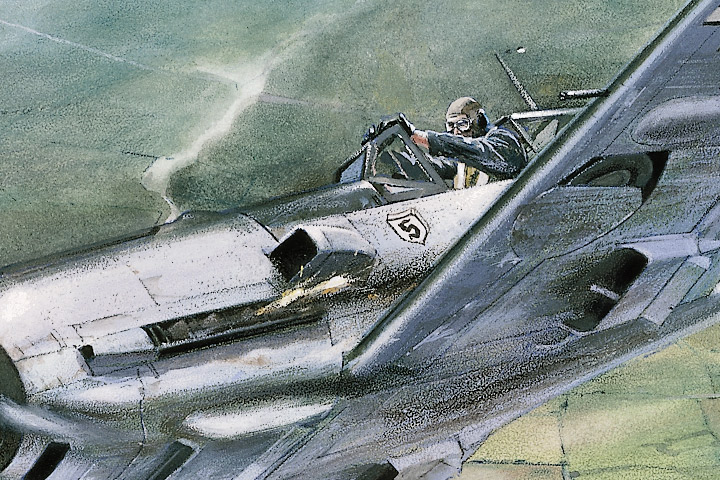 Tom Sherrington had been shot down himself on 21st September 1940. His opponent was Adolf Galland, one of the Luftwaffe's most renowned aces. Tom successfully force-landed his Spitfire at Hildenborough and emerged uninjured.