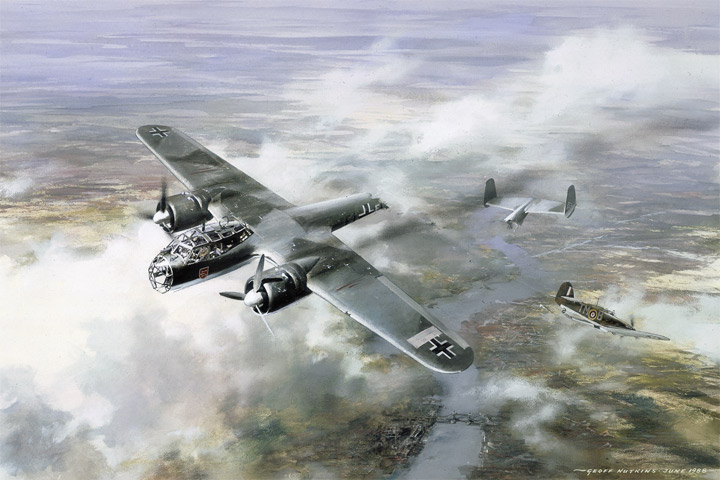 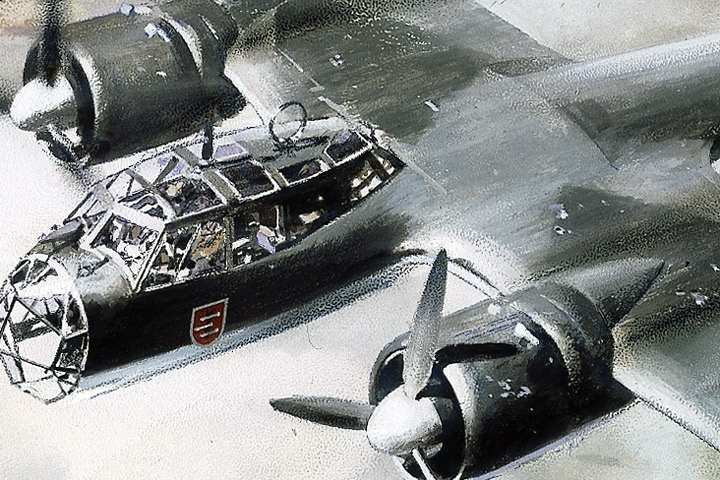 A Dornier 17Z is rammed over London by Sergeant Ray Holmes of No.504 Squadron on 15th September 1940.

With his ammunition exhausted, and believing the Dornier was heading for Buckingham Palace, Ray sliced off the bomber's entire tail with his left wingtip. He initially thought his Hurricane would survive the impact, but then discovered he had lost all controls. He baled out safely, landing between houses in Chelsea. The Dornier crashed at Victoria Station.

This very public act of bravery captured the public imagination and became one of the most famous incidents of the Battle of Britain.

The original painting from which these prints were made was presented to Ray Holmes in 1988.