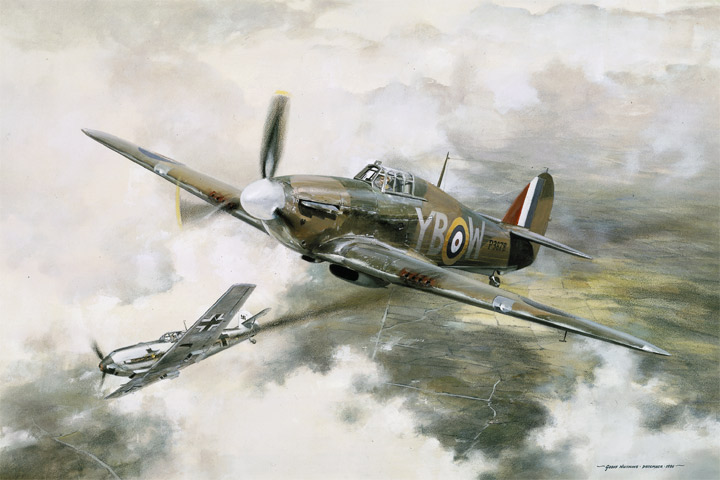 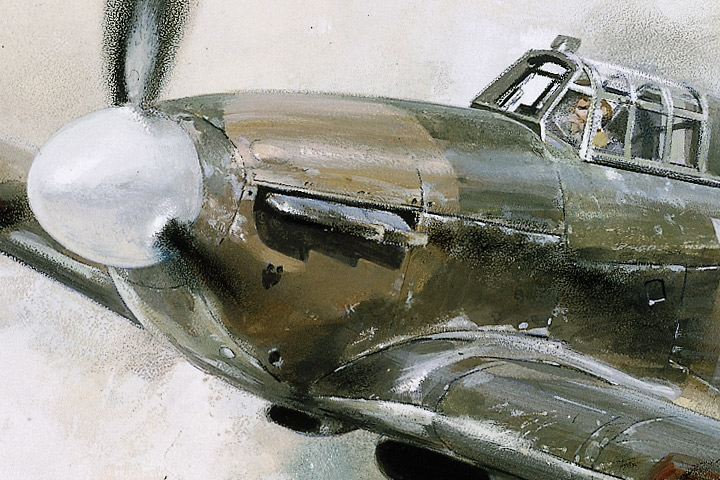 Von Perthes baled out and was captured at Oxted, Surrey. His Me109 crashed at Crowhurst.

During the Battle of Britain, "Birdy" Bird-Wilson scored two victories and shared several others whilst flying this Hurricane (P3878, YB-W). But on 24th September 1940, he was shot down by the renowned Luftwaffe ace, Adolf Galland. "Birdy" baled out injured and his Hurricane crashed into the Thames Estuary.

Harold "Birdy" Bird-Wilson returned to active service in November 1940 and ended the war as a Wing Commander. He retired from the RAF in 1974 as an Air Vice-Marshal.