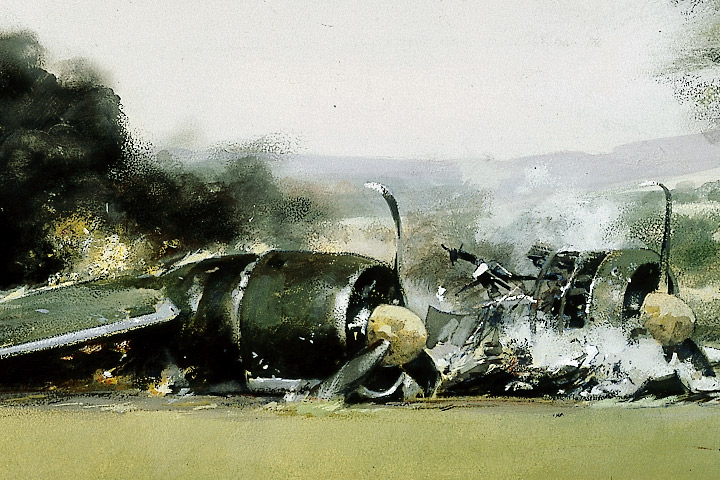 Smoke rises from the wreckage of a Dornier Do 17 bomber, part of a force sent to attack RAF Kenley on 18th August 1940. The Dornier was brought down near Biggin Hill by Sergeant Ron Brown of No.111 Squadron, whose Hurricane flies low overhead.

The Dornier crashed and burned-out at Leaves Green, near Biggin Hill at 1.30pm. Hptmn J. Roth (Staffelkapitän) and Oberlt R.Lamberty were captured badly burned. Hptmn G. Peters and Oberfw V. Geier baled out too low and were captured badly injured in heavy landings. Fw H Eberhard deployed his parachute whilst still in the aircraft and baled out very low but amazingly landed unhurt.