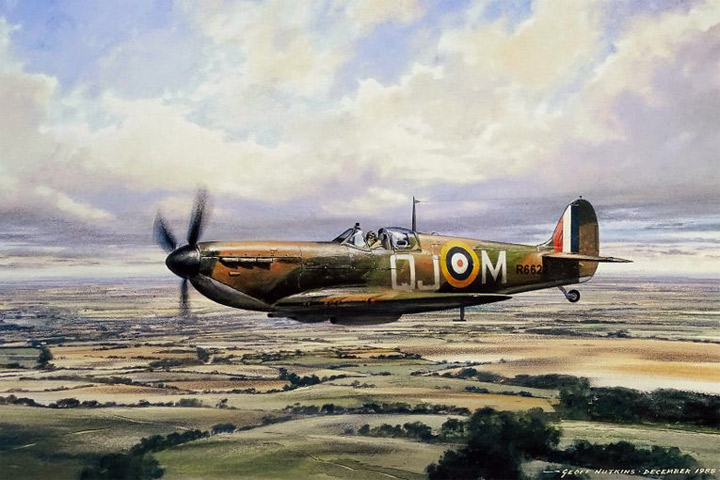 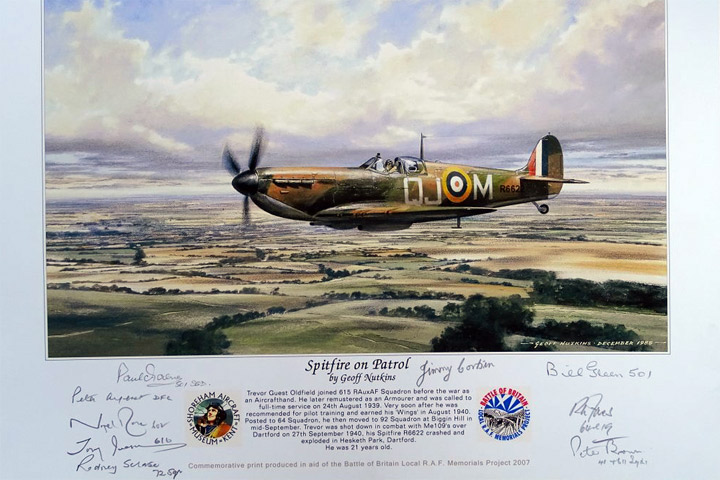 Sergeant Pilot Trevor Guest Oldfield of No. 92 Squadron on patrol.

Signed by these distinguished pilots:

Trevor Guest Oldfield joined 615 RAuxAF Squadron before the war as an Aircrafthand. He later remustered as an Armourer and was called to full-time service on 24th August 1939. Very soon he was recommended for pilot training and earned his "wings" in August 1940. Posted to 64 Squadron, he then moved to 92 Squadron at Biggin Hill in md-September. Trevor was shot down in combat with Me109s over Dartford on 27th September 1940. His Spitfire R6622 crashed and exploded in Hesketh Park, Dartford. He was 21 years old.