Tumult above the Clouds 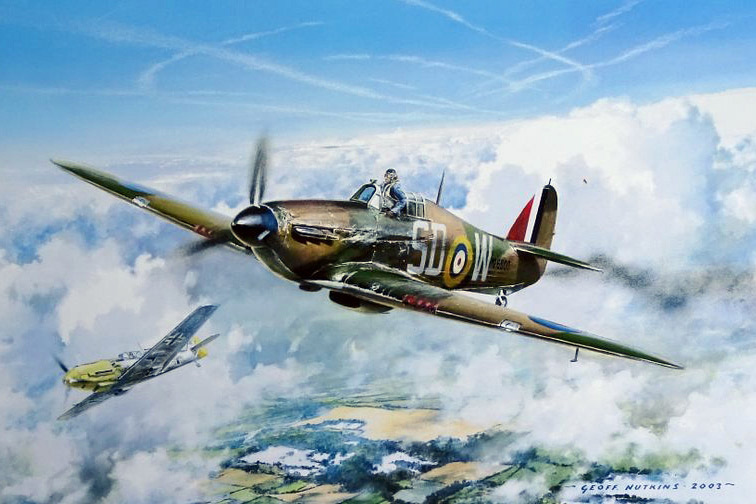 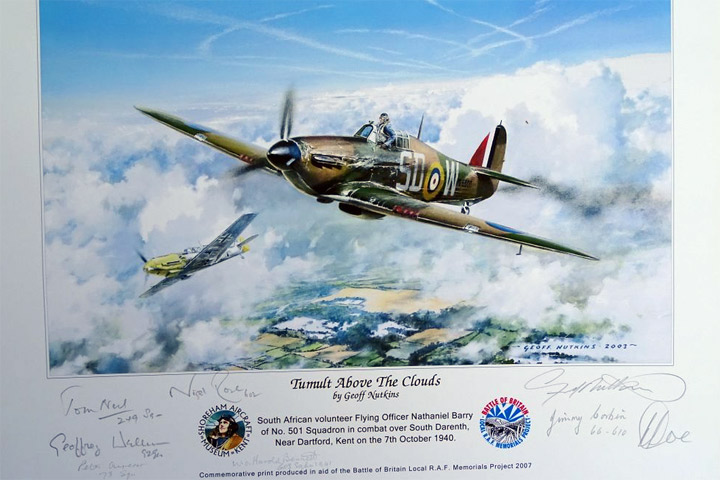 Signed by these six RAF Battle of Britain pilots:

Nathaniel Barry was born in Franschoek, South Africa. In 1938 he began studying at Pembroke College, Cambridge where he joined the University Air Squadron. He later transferred to the RAFVR.

In 1940, Flying Officer Barry was ADC to Air Vice-Marshal de Crespigny, but as the Battle of Britain raged he insisted on a posting to a front line fighter squadron. On 26th September 1940, he got his wish, and was transferred to No.501 Squadron at RAF Kenley. He was immediately in the thick of the battle.

On 7th October, No.501 Squadron became involved in a dogfight over Wrotham, Kent. Barry's Hurricane was hit and badly damaged. He baled out but was dead before he landed. He was just 22 years old.