Salute to the Few 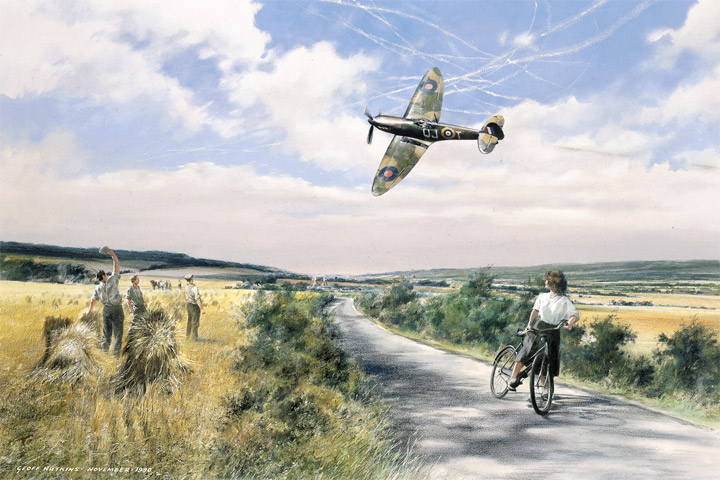 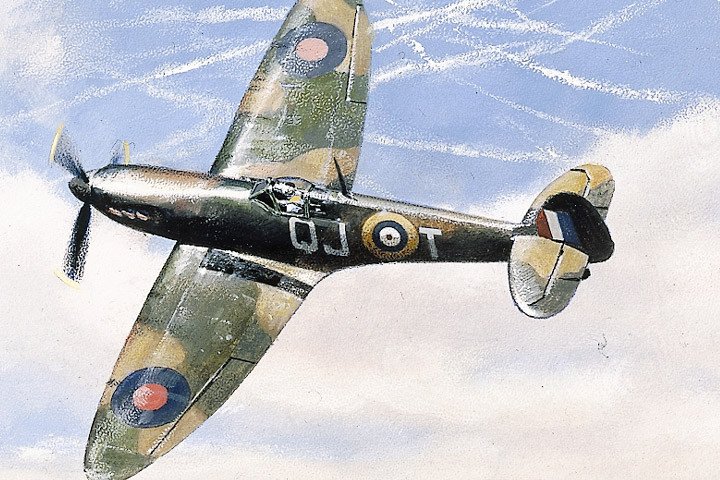 Flight Lieutenant James Paterson of No.92 Squadron, Biggin Hill, roars across the Darent Valley, Shoreham, Kent during the summer of 1940.

James A. Paterson was born in Dunedin, New Zealand in 1919. Having learned to fly with the RNZAF, in 1939 he came to Britain and joined the RAF. When war broke out he served in France flying observation and service flights for the retreating British Army.

Escaping France without any belongings, James transferred to fighters and joined No.92 Squadron in July 1940. Immediately in action, he claimed a share of a Ju88 on July 24th, another on August 19th and a Bf110 on September 11th, but that same day his luck changed. On his second sortie, James fell prey to Bf109's over Folkstone. His Spitfire burst into flames and before he could clear the cockpit his clothing was alight. Delaying the opening of his parachute, he fell hundreds of feet until the slipstream extinguished his burning clothes. After a safe landing he was rushed to hospital with severe burns to the face and neck.

Within days James had discharged himself to return to his unit, where he insisted on carrying out his normal flying duties in spite of impared vision caused by his burns.

On September 27th, No.92 Squadron engaged a large incoming enemy force high above Maidstone. James' aircraft was again hit and it span in flames towards the ground pursued by three Bf 109's. Fellow pilots saw him struggling to open his canopy. He died, still in his Spitfire, when it crashed at Sparepenny Lane, Eynsford, Kent.