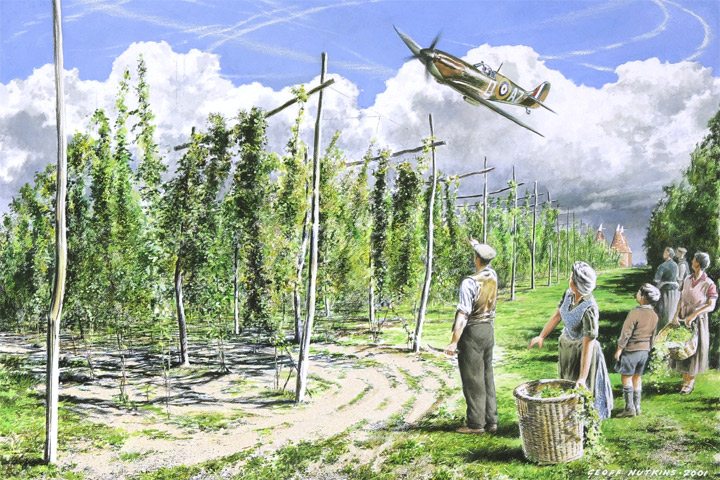 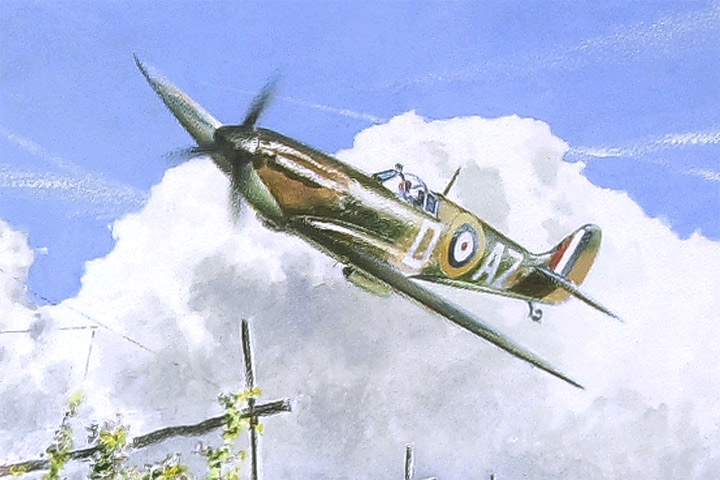 Wing Commander Bob Doe of No.234 Squadron flies his Spitfire low over hopfield workers in Kent during the summer of 1940.

Robert Francis Thomas Doe joined the RAF in January 1939 at the age of 18.

During the Battle of Britain, he scored 14 victories and shared a further 3. He served with No.234 & No.238 Squadrons and flew both Hurricanes and Spitfires. On 22nd October 1940, he was awarded the DFC, and a month later a Bar.

In January 1941, Doe was seriously injured when his engine failed on landing and was hospitalised until May. After that he served with No.66 and No.130 Squadrons. In 1943, he joined No.118 Squadron and then No.613, where he flew Mustangs. In October, Bob Doe was posted to Burma and given command of No.10 Squadron of the Indian Air Force.

In 1945, Bob Doe received the Indian DSO, one of only two men to be honoured with this award. He retired from the Royal Air Force in 1966, having reached the rank of Wing Commander.