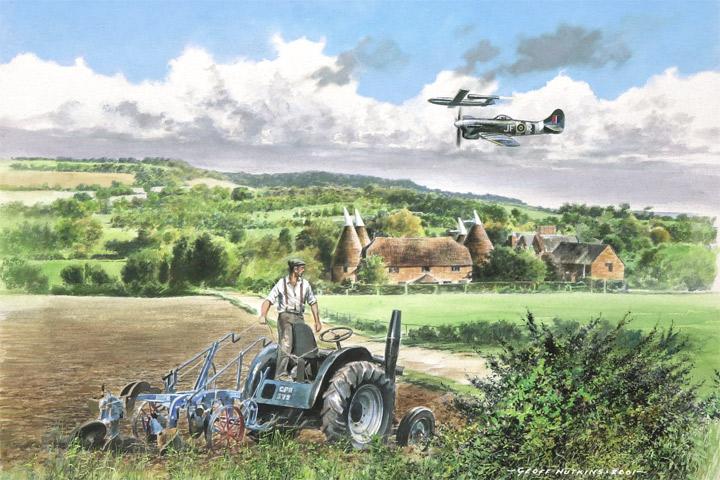 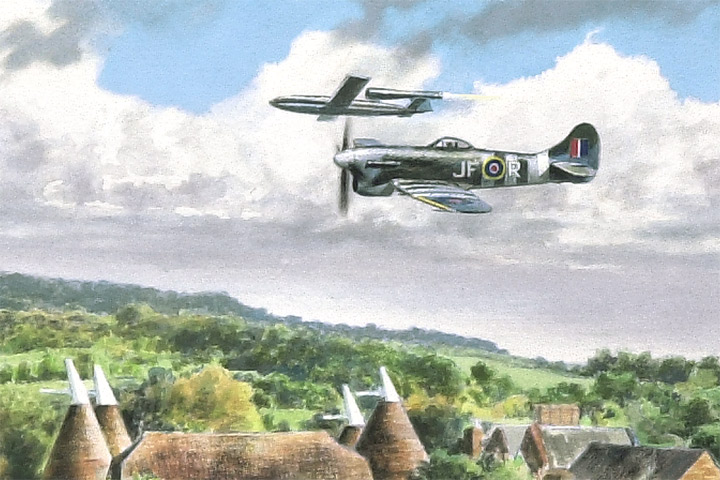 A German V1 flying bomb is intercepted over Kent by a Hawker Tempest of No.3 Squadron flown by Pilot Officer Ron Pottinger during the late summer of 1944.

Ron Pottinger was called up in October 1939 and spent the first two years of the war in the Royal Fusiliers before managing to transfer to the RAF. After flying training he was sent to No.3 Squadron. Based at Manston, duties included patrols over the near continent and anti-shipping missions.

In March 1944, Ron's Typhoon developed engine trouble at low level and he was forced to ditch in the River Blackwater. He was rescued by a naval launch, cold but unhurt.

Re-equipped with the new Tempest V, Ron was credited with destroying five V1 Flying Bombs during the summer of 1944. Shortly afterwards the squadron moved to Volkel in the Netherlands, where it saw action supporting the Allied advance into Germany.

On 1st January 1945, Ron was shot down by flak fire and was taken prisoner. He was imprisoned in Luckenwalde PoW camp. In April 1945, the camp was liberated by Russian troops, and on 19th May he was released to American forces for repatriation.