A Summer for Heroes 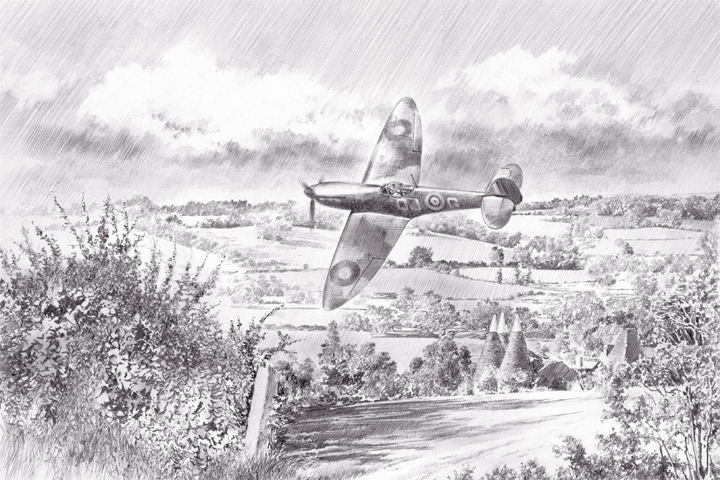 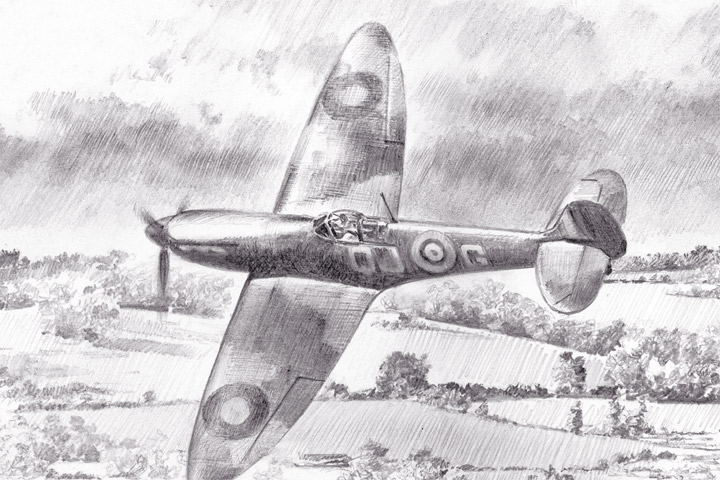 Pilot Officer Geoffrey Wellum of No.92 Squadron, Biggin Hill over the Kent countryside during the summer of 1940.

In February 1942, Wellum was transferred to 65 Squadron based at Debden, being appointed a Flight Commander in March 1942. On 11 August 1942, Wellum led eight Spitfires launched from the carrier HMS Furious to reinforce the fighter complement at Luqa airfield on Malta. Here he joined 145 Squadron on air defence duties.

Wellum suffered severe battle fatigue after three years' intensive frontline flying. He returned from Malta to Britain, becoming a test pilot on the Hawker Typhoon, based at Gloster Aircraft.

Geoffrey Wellum is the acclaimed author of the book "First Light", in which he describes his wartime experiences.