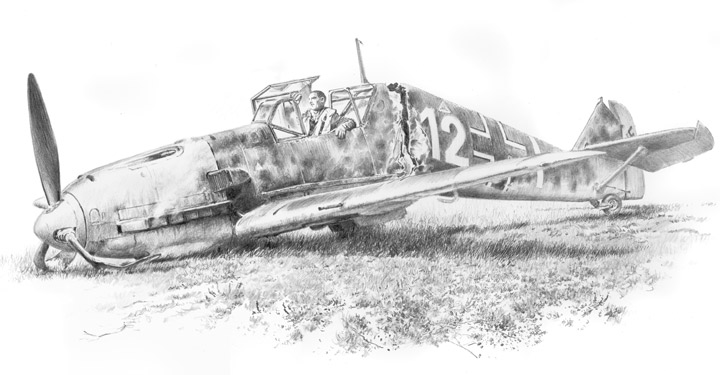 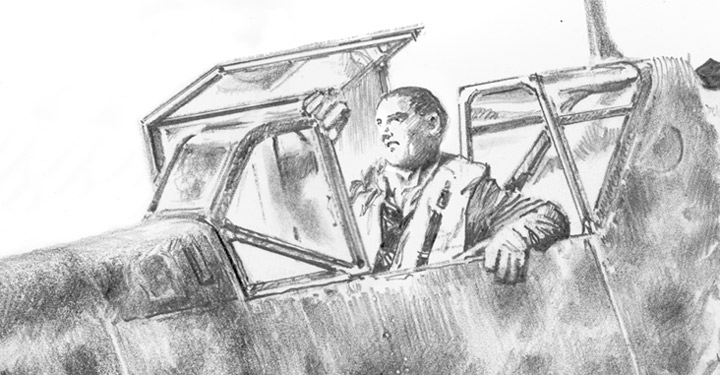 Commemorative print, individually hand-signed by the pilot and artist at the Shoreham Aircraft Museum, Kent, May 2005.

Ernst Poschenrieder flew Bf109E-1 WerkNr 5175 with 7/JG53, based at Le Touquet-Etaples airfield. On 30th September his unit was on bomber escort duty. During combat with RAF Spitfires over North Kent, his aircraft was hit. The forced landing at Strood was so severe that he sustained serious back injuries. He spent the rest of the war as a prisoner.