Salute to the Few (Collector's Editions) 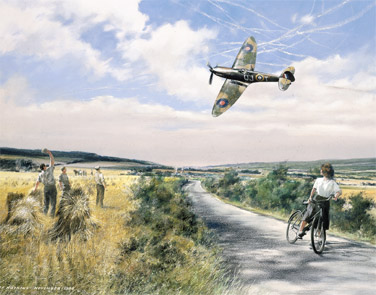 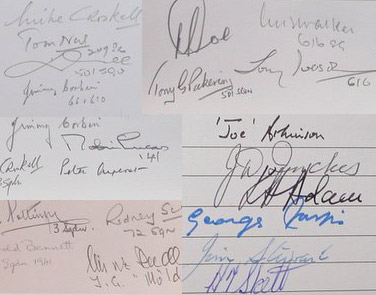 Looking for a something signed by a specific pilot?

Geoff's aviation paintings and prints have a broad range of subjects, but they all have one thing in common - WW2 aircraft art. His pictures span the period 1939-1945 and feature aircraft from the RAF, USAAF and Luftwaffe. Aviation art is Geoff's passion, and his work particularly focuses on the war in Europe. The range of aircraft depicted is broad and includes art featuring most of the major fighters and bombers involved in the conflict, along with a number of more obscure aircraft. Below we have detailed a small selection to give you an idea of the type of WW2 aircraft art that we stock. If you are interested in any specific art print, just click on the image.

The images below are just a small selection of the prints we have available featuring WW2 aircraft art. For the full range, browse the Avi-Art Prints collections using the buttons above or use our Search page.

From the Scenes of the Battle of Britain collection

Flight Lieutenant Tony Cooper of No.64 Squadron in his Mk.Vb Spitfire on patrol over the D-Day beaches, June 1944. This aircraft has been restored by Patrick F.Taylor and is on display in the United States National World War II Museum.

From the Limited Editions collection

From the Scenes of the Battle of Britain collection

From the Limited Editions collection